Apartment Features are Dependent on Geography 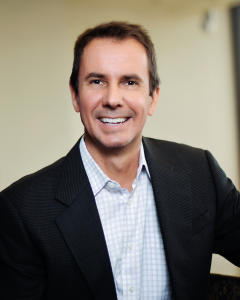 RVINE, CA—Not every apartment amenity will work in every submarket, so it’s important to know your audience before incorporating features into new buildings, says Bill Wilhelm, president of R.D. Olson Construction. As GlobeSt.com reported last week, the firm recently completed extensive renovations on 27 Seventy Five Apts., a 468-unit garden-style apartment community in Costa Mesa, CA, owned by UDR Inc., in addition to several upscale recreation buildings for the Rancho Mission Viejo Co. in its master-planned communities Sendero and Gavilan in Rancho Mission Viejo, CA. We sat down with Wilhelm to discuss the evolution of these amenities and what developers need to know about the latest apartment features.

GlobeSt.com: Which came first regarding the demand for the high-style, high-function amenities you’ve incorporated into these properties? Did developers begin to offer them, so the market caught on and began to demand them? Or did residents begin to ask for these amenities on their own, and developers began to listen?

Wilhelm: The market has had a need for some time now for a change in design amenities. We realized that we developers need to start listening to our tenants. Who is the end user? Who is our client? What is their need today vs. yesterday, and what can we offer them I our locations? At Rancho Mission Viejo, which is geared toward an older resident, we have different amenities than at 27 Seventy Five Apts., which appeals to the younger generation. The younger group wants an indoor/outdoor environment, nice cabanas, fire pits, large-screen TVs, and an exterior nightclub kind of feel. This drives up the rental cost, but renters in their early 30s who want to go to a wild place are willing to spend an extra $500 to $1,000 a month knowing they’ll have those amenities. That’s money that would have been spent elsewhere, but now they don’t have to.

Wilhelm: What we are seeing is what the nicer amenities are doing. They’re taking an older existing property that might be a C property and moving it up into the B+ range, or maybe even an A+ range. The cost increase is based on location: in Silicon Valley, renters may expect to pay $1,000 to $2,000 a month extra, but in Orange County that will be less in some properties. In the Orange County rental market, the Irvine Co. has done a phenomenal job with gorgeous properties, but they get higher rents on the outskirts of the market because of what they offer. It justifies the value.

It can work the opposite way, too. I’ve seen a couple of deals where a property was bought and the renovation process was completed with the expectation that it would drive up the rental rates, only to find that it’s not always so. It depends on the zip code. Developers have gone through a learning curve and seen that geography plays a major role.

GlobeSt.com: What’s next in the evolution of amenities?

Wilhelm: A year ago, I probably would have said having a cocktail bar in a public area was next, but we now have that at Rancho Mission Viejo. That, to me, was really going outside the box. I think amenities continue to be driven by guest needs. We go through this with the hospitality industry: Where are the Millennials going to take us?

Culture may also have a little bit of play in this. It also depends on what kind of expendable dollars residents have. Can they afford more of a resort environment? It’s definitely going to that degree today. In the future, it may mean a spa treatment.

I think every property needs to be conscientious about who its tenants are, what cultures they come from and what things people from different cultures are looking for. We have experienced that considerably on the hospitality side of the fence from the perspective of investors, travelers and local citizens, having to make a change with cultural considerations.

GlobeSt.com: Does it oft

en happen that the hospitality market leads the other market sectors?

Wilhelm: It kind of goes in cycles. In the trend we’re going through today, multifamily probably took the initial lead because as unemployment goes down and people make more money, they don’t go out and buy a home, but spend more on rent. That’s what started the process. Hotels were right behind as people began to travel more. And there again, that’s geographic—there might be very little happening in one neck of the woods, but further south or west, you’d be amazed at the amount of development going on right now. Amenities are also driving single-family housing, and there’s the community engagement by the office sector, too.