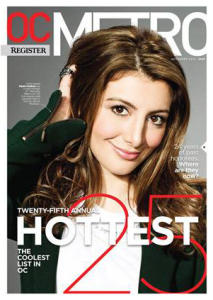 Bob Olson was 9 years old when he started pulling nails out of two-by-fours.

At 58, the Newport Beach resident has definitely progressed in his 35-year construction career.

The CEO and founder of R.D. Olson Construction in Irvine is, along with partner Pacific Hospitality Group, in the midst of perhaps his splashiest project yet: The Pasea Hotel & Spa, a 250-room, eight-story resort (a rooftop bar is just part of the fun) near the Huntington Beach Pier. It’s set to open in spring 2016.

“We’re definitely pushing the envelope compared to what we’ve developed in the past,” says Olson, who once built a restaurant for Sonny Bono in Hollywood in the ’80s and became good friends with the former singer and congressman. “It’s a hotel that Orange County has never seen before.”

That’s a bold statement, but Olson has made a career out of thinking big and outside the box. His company weathered the recent recession in grand style, completing nearly a dozen hotels in 2012-13. R.D. Olson recently opened the 210-room Courtyard Laguna Hills Hotel near the Irvine Spectrum – featuring a new high-tech lobby and stylish bistro, and a 75-foot lap pool – and this year broke ground on a six-story, 221-room Courtyard by Marriott hotel near Disneyland. The general contractor is also planning a couple of hotels in Silicon Valley and another in the Waimea Valley, on the North Shore of Oahu. 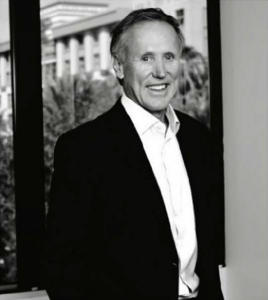 Olson credits his involvement with the Young Presidents’ Organization, in which business leaders get together to schmooze, for giving him a “great perspective”on how to run a business. He also keeps his success in perspective by maintaining a balanced family life. One of Olson’s two older children, Melissa, 31, is a sales and marketing executive for Marriott. Older son Bobby, 34, is a real estate lawyer. Olson and his wife, Christyne, have a 10-year-old daughter, Charlotte, and an 8-year-old son, Sutton, who’s probably already well into pulling nails out of two-by-fours.