The hotel building rush is on in O.C. and L.A. 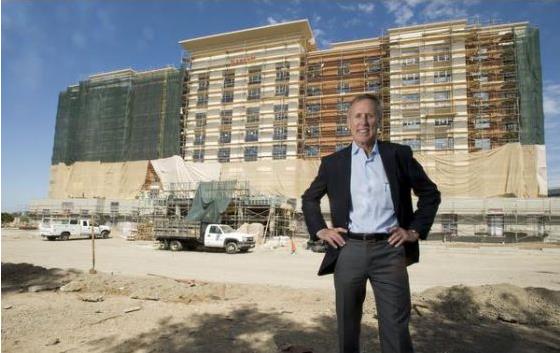 Bob Olson doesn’t have a crystal ball about the timing of new hotels, but he may have something even better – 35 years of hard-won experience in the construction and development business.

Since 1979, when he started R.D. Olson Construction, Olson has been through every recession, every construction boom and every bust. He learned to see the telltale signs of recovery when everyone else was looking the other way.

So in 2010, as the hotel industry retreated into survival mode, Olson landed his first new project since cutting his pipeline in 2006 in advance of the recession. It was a Courtyard by Marriott in Oceanside.

“Truth be told, a lot of people thought it was the wrong move,” Olson said. But hotels have a 2 1/2-year lead time, and “I thought the economy would turn.” 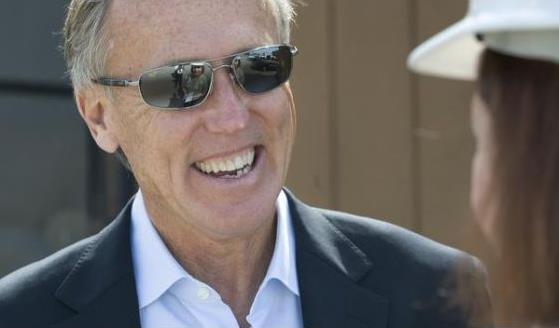 In 2012, when the industry was just beginning to ramp up again, Olson completed four hotels, followed by seven in 2013. It was the beginning of an industry rush. Altogether, 20 hotel projects are in the pipeline in Orange County and 42 in Los Angeles, according to STR, a hotel industry research firm. That is the most local hotels underway since 2009.

Current projects on the drawing board include:

• The new Grand Wilshire Hotel in Los Angeles. A mixed-use office, retail and hotel project, the 73-story, 900-room development is being touted a s the largest building west of the Mississippi River.
• In Anaheim, 14 hotels are in various stages of planning and construction. A 120-suite Springhill Suites by Marriott opened March 1.
• Olson is putting finishing touches on the eight-story, 210-room Courtyard by Marriott in the Irvine Spectrum, due to open in June.
• Olson plans to break ground in June on the eight-story, 250-room Pacific City Hotel in Huntington Beach. It should open in 2016.
• Olson was just selected to build the Lido House Hotel, a boutique property on the site of the former Newport Beach civic center that’s in the early stages of planning. 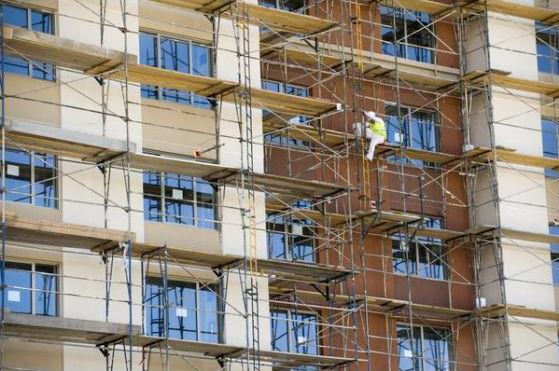 This kind of building frenzy typically has marked a peak in the past, with the industry soon after finding itself with a glut of rooms.

Jan Freitag, a senior executive at STR, cited a quote by the late hotel developer John Q. Hammons about the industry’s tendency to rationalize why there isn’t an oversupply: “The industry isn’t overbuilt, it’s underdemolished.”

But even with all the construction underway, hotel demand nationwide appears to be ahead of supply for the next year or two, Freitag said.

STR data show new-room supply is expected to increase 1.2 percent this year and 1.6 percent in 2015. The supply average over the past 25 years is 1.9 percent.

By STR’s count, U.S. room demand is expected to continue to outstrip supply, increasing 2.3 percent this year and 2.1 percent in 2015.

“If the American economy grows and GDP grows and unemployment declines, room demand is going to continue to increase,” Freitag said. 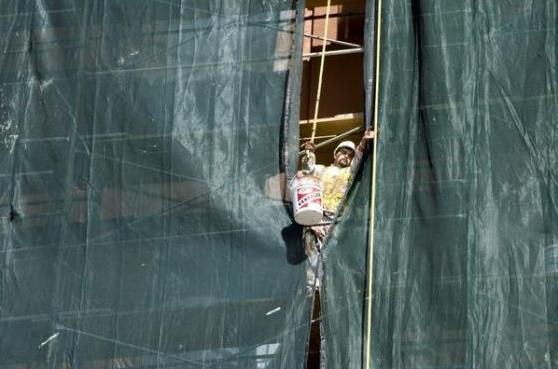 Alan X. Reay, an Irvine hotel consultant and broker, noted the industry fell far behind demand over the past five years. He said there also are some built-in market constraints in Southern California, including lack of available land and financing, as well as regulatory hurdles.

With hotel values increasing – Atlas reported a 37.6 percent increase in the total dollar volume of Southern California sales last year – and the average hotel property now 30 years old, Reay said, there is also more interest in tearing down properties and rebuilding from the ground up, which will replace existing rooms.

Kory Kramer of Irvine-based Pacific Hospitality Group, which is in a joint venture with Olson to develop and operate the Pacific City Hotel, thinks a distinction needs to be made between four-diamond luxury hotels like the one in Huntington Beach and select service properties like Courtyards by Marriott and Residence Inns. Select service properties provide limited service and include extended-stay and all-suite hotels.

The Pacific City Hotel, a project that was eight years in the making, will cater to a different business and leisure clientele that demands first-class service and amenities. 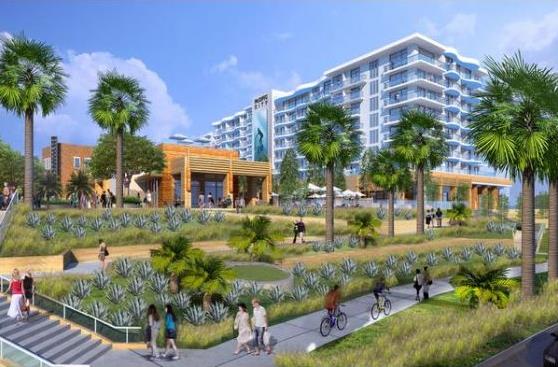 Every room will have an ocean view and the latest in Wi-Fi and television technology. The hotel will feature a top-of-the-line spa and fitness center, an outdoor courtyard with water features and fire pits, one of the largest ballrooms in Orange County, which will open out to an oceanfront event lawn, and a rooftop restaurant and bar overlooking the ocean.

It will be part of Pacific Hospitality’s Meritage Collection of upscale properties, which includes the Estancia La Jolla Hotel & Spa, the Balboa Bay Resort, the Bacara Resort & Spa in Santa Barbara and The Meritage Resort and Spa in Napa.

Because few coastal sites are left to be developed, Kramer said, Pacific City is the only four-diamond luxury, ocean-view hotel project currently planned on the California coast.

“It’s the preeminent principle of real estate – it’s all about location,” Kramer said. 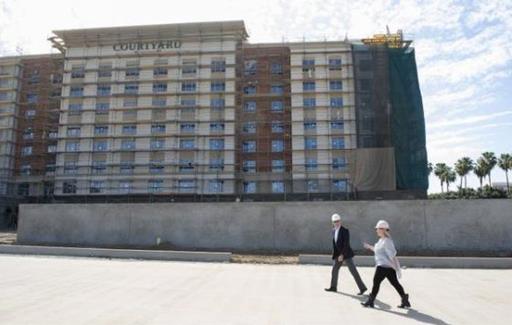 • Guest space: A big desk against a wall doesn’t work in the laptop age. You need flexible furniture that allows you to work anywhere – on your lap, on the couch or in bed.

• Plug-ins: The average guest has three electronic devices so you need plugs-ins throughout the room.

• Social areas: Call it the Starbucks syndrome. People don’t want to stay in their rooms. Lounge areas now have media pods and other spaces where people can have interviews or work together or where guests sit alone but hang out among people.

• Fitness activities: A treadmill and a few free weights won’t do anymore. Guests expect the latest, like CrossFit equipment.