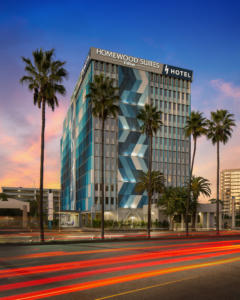 “In the last three to five years, there has been a greater need for additional hotel rooms,” Bill Wilhelm, president of R.D. Olson Construction, tells GlobeSt.com. “So, there has been a lot of activity and a lot of hotel renovations. About 60% of our construction volume is in hospitality, and in the last year-and-a-half, we have seen a tremendous swing going from ground-up to adaptive reuse and major renovations. Before, we were running about 55% new, and now we have flipped it to where we are doing about 58% in adaptive reuse and the balance is in new construction.”

It makes sense that adaptive re-use has become popular for hotel projects. They are less expensive than ground-up construction and reserve character. Most importantly, however, they are much faster to build. “When you have an adaptive reuse opportunity, there are a lot of positives,” says Wilhelm. “One is the speed at which you can get a project up and running to where you have heads on beds, as we call it in the hotel industry. Two, when you look at the overall cost of construction for replacement cost, typically, you can find yourself a building that has a lot of character that you can use. It is more economical than doing ground-up construction.”

Adaptive re-use also helps to hedge against a potential downturn. Because the hotel is profitable more quickly, it can be a good tool for developers looking to get off the ground. “A lot of hotel developers and owners understand the demand, and it has become all about speed and how to get heads on beds,” adds Wilhelm. “We are trying to beat the industry when the industry starts to soften up. We are starting to see some of that. For the first time in six years, we have seen a decrease in new hotel starts. We are getting to the supply demand level where you are going to have to be careful with how many rooms you bring into a general area.”