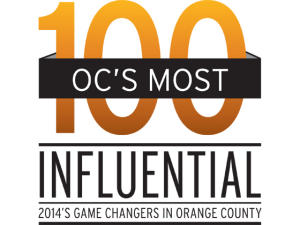 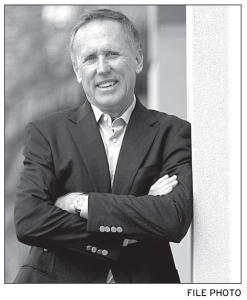 Job: President and founder of R.D. Olson Development in Irvine

Bio: Olson began working in construction at 8, pulling nails for his stepfather. By the time he finished high school, he was working two construction jobs. At 23, he took $35,000 in savings and founded R.D. Olson Construction. He earned an MBA at USC. In 1997, he founded R.D. Olson Development, which specializes in developing hotels, as well as office, retail, multifamily and recreational projects. Olson lives in Newport Beach.

Why he is influential: In 2014, R.D. Olson Construction broke ground on the first hotel in Old Town Pasadena in more than 15 years, the latest in a spate of new hotels for the company. The company has six projects underway in California, and the Olson name is on hotels near the 55 freeway in Tustin, on Pacific Coast Highway just south of Huntington Beach’s Main Street and in Burbank, among others. Since 2011, he has launched 15 hotels in California and Maui, ranging from 106 to 250 rooms. They include the Courtyard by Marriott at the Irvine Spectrum, the Pasea Hotel and Spa at Huntington Beach’s Pacific City, and a boutique hotel on the site of the former Newport Beach City Hall in Lido Village.

Biggest challenge: Empowering employees. “As entrepreneurs, we think we have our foot on the gas pedal when actually it’s on the brake.”

Work philosophy: “To always be respectful, to be fair, and to reward your people for individual and company successes.”

Thoughts on entrepreneurship: Always look at where the economy is going, not where it is or has been.

Inspiration: His wife and four children. “Being a dad and husband is the most rewarding experience I can think of.”

Can’t do without: His iPhone camera. “I’m always taking photos for ideas for our hotels.”

What’s next: “Creating environments that connect people of all ages.”

Quote: “Orange County has such great opportunities with the climate and our beaches, our higher education resources, (and) smart land planning. … I am very bullish for the long-term commercial real estate here.”

View the full list: 100 people who influenced Orange County in 2014