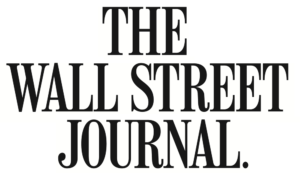 
Memos issued by the Trump administration on Tuesday said millions of people living illegally in the U.S. are subject to deportation and called on local authorities to enforce immigration laws.

The announcement set many in the food business in particular on edge. “We’re preparing our members as best we can,” said Jim Bogart, president of the Grower-Shipper Association of Central California, which represents producers of vegetables, mushrooms and grapes.

An executive order signed by President Donald Trump last month banning entry to the U.S. from seven Muslim-majority countries for at least 90 days over terrorism concerns has been held up by courts.

A White House official on Wednesday confirmed that it wouldn’t issue its revised executive order on immigration travel restrictions until next week. The administration had previously said it would release a new order this week.

Administration officials suggested the new executive order would have a similar aim as the previous one. In an interview on Fox News on Tuesday, policy adviser Stephen Miller said, “Fundamentally you’re going to have the same basic policy outcome for the country.”

The agriculture and construction industries have relied on immigrants for decades to do tough, low-paying jobs U.S. citizens often avoid, from picking berries to slicing up hogs to erecting framing for houses. Many of these workers are undocumented.

“Business is business, and whether it’s the farming industry or the construction industry, we already have a resource issue,” said Bill Wilhelm, president of R.D. Olson Construction in Irvine, Calif., which specializes in hotel construction. “You already have a shortage of documented individuals. So if you have fewer and fewer undocumented, at the end of the day it’s going to have an impact on projects.”

Foreign-born workers make up about three-quarters of the roughly 1.1 million workers on U.S. farms, and nearly half aren’t legally authorized to work, according to the U.S. Department of Agriculture. In the construction industry, 13% of workers in 2014 were undocumented, according to data from the Pew Research Center, along with about 9% of workers in the leisure and hospitality industry, which includes restaurants.

Labor-strapped American employers increasingly rely on immigrants—including those in the U.S. illegally—to counter the trend of an aging native-born population. If millions of illegal immigrants were deported, “you would have massive labor shortages,” said University of Michigan labor economist Donald Grimes.

Department of Homeland Security officials said their limited resources mean they would focus on immigrants who pose a public-safety risk. But they also said immigrants aren’t exempt from deportation just because they don’t fall into a priority group. “The enforcement priorities are criminal aliens as well as those who pose national-security and public-safety threats,” said White House spokesman Michael Short on Wednesday.

In Fresno, Calif., immigration attorney Camille Cook said she is helping to organize rapid-response teams for the area’s farmworkers, many of whom are undocumented immigrants from Mexico. Those teams aim to advise dairy and crop workers on their rights if immigration authorities show up on their doorsteps, she said.

Not all of the changes—like expedited removals for immigrants—will take effect immediately. Carol Meylan, director of Intra-Agency Programs at Catholic Charities of Los Angeles, said she expected most effects of the executive orders wouldn’t be felt for several months as the government hires more border-patrol agents and puts new procedures in place.

Mr. Wilhelm of R.D. Olson Construction said he is waiting to see the impact of the government’s moves but expects that stepped-up deportations would affect all operators in his industry.

Immigrants wait for work last month at a day-labor pickup site in Stamford, Conn. The city has an official zone for employers to pick up such workers.

The Grower-Shipper Association, based in Salinas, Calif., has issued recommendations since last month about how to respond to immigration raids, outlining workers’ rights and current immigration policies in coordination with other industry groups. Mr. Bogart said half his days now are dedicated to calls with producers and lawmakers to discuss immigration issues.

Others are already seeing fallout from the tougher tone from the Trump administration. Paul Halderson said his 1,200-cow dairy farm near La Crosse, Wis., was left short-handed after losing a handful of immigrant employees in recent weeks, who opted to return to Mexico.

While Mr. Halderson said his employees all have legal standing to work in the U.S., some have worried about family members and the general climate for immigrants. “It is unrealistic to believe that dairy farming can continue as it is without the Mexican employees,” said Mr. Halderson.

Harold McClarty, co-founder of HMC Farms in California’s Fresno County, estimated the crackdown could lead to millions of dollars in losses for his stone-fruit and table-grape operation.

“We have let our franchisees know of the increased activity and used it as an opportunity to remind them…that all franchisees use E-Verify,” said a spokeswoman for Dunkin Brands Group Inc., owner of Dunkin’ Donuts, which was an early adopter of E-Verify.