It’s one of the big 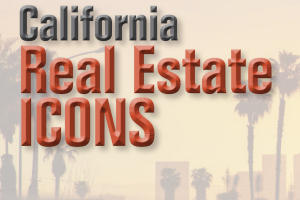 gest states in the country and the centerpiece of the West Coast. In a market as large and varied as California, it’s only fitting that the state’s commercial real estate leaders are also larger than life. The next few pages feature some of the individuals who have helped to shape the Golden State’s CRE market, from Del Norte and San Francisco to Imperial and San Diego.

Olson is founder, CEO and president of R.D. Olson Development and founder and CEO of R.D. Olson Construction. Based in Irvine, his firms represent more than three decades of experience in development and construction.  Recognized as leaders in developing and constructing hotels, the companies’ experience encompasses office, retail, multifamily and recreational projects. Olson guides the strategic vision for R.D. Olson with an active, hands-on approach toward every facet of construction and development. The firms’ development and construction projects span the continental US and Hawaii, and the client list includes Marriott, Kimpton Hotel & Restaurant Group, Starwood Lodging, UDR and Affirmed Housing Group, among others. R.D. Olson Development was most recently named Developer of the Year by Marriott International and both firms were recognized with the ICON Award from Marriott’s Architecture and Construction Division.