Delphine at the W Hollywood Hotel

Representative of old-world French Côte d’Azur style and combining it with new-world posh, R.D. Olson brought to life Delphine Eatery and Bar. The restaurant, nestled within the W Hollywood Hotel, was a project that represents the ultimate in customized construction.

The custom-made curved ceiling panels are a display of R.D. Olson’s exceptional workmanship. Because of their massive weight, the panels had to be engineered and structurally supported. The design required some panels face up, others down, with recessed lighting hidden between them for a three-dimensional effect. From these panels, R.D. Olson hung several extraordinarily large 12-foot customized ceiling fans, adding a sense of freshness and space.

The far end of the restaurant was built to show exposed white brick finished walls featuring one of the many vitrines seen throughout the restaurant. All vitrines are stocked with a large variety of fine wines. At the opposite end are large windows where guests may enjoy the ground floor view of life in the city as people walk down Hollywood Boulevard.

The furnishings also reflect R.D. Olson’s creative talent. The restaurant’s owner had selected the furnishings and planned to import them from Italy. Instead, R.D. Olson took a bold leap and replicated them, using photos as blueprints. The resulting furnishings were so European looking and well made, even the best Italian manufacturer would have a hard time competing. The cost: only a fraction of what it would have been to import.

Embracing the inherent nature of handmade goods to have imperfections – as there were with the cement tiles imported from South America – R.D. Olson artfully replicated flooring that one would expect to see in Seville or Reims.

The restaurant is a showcase of skillful hands that ingeniously used customized construction to create the old-European feel the client wanted. 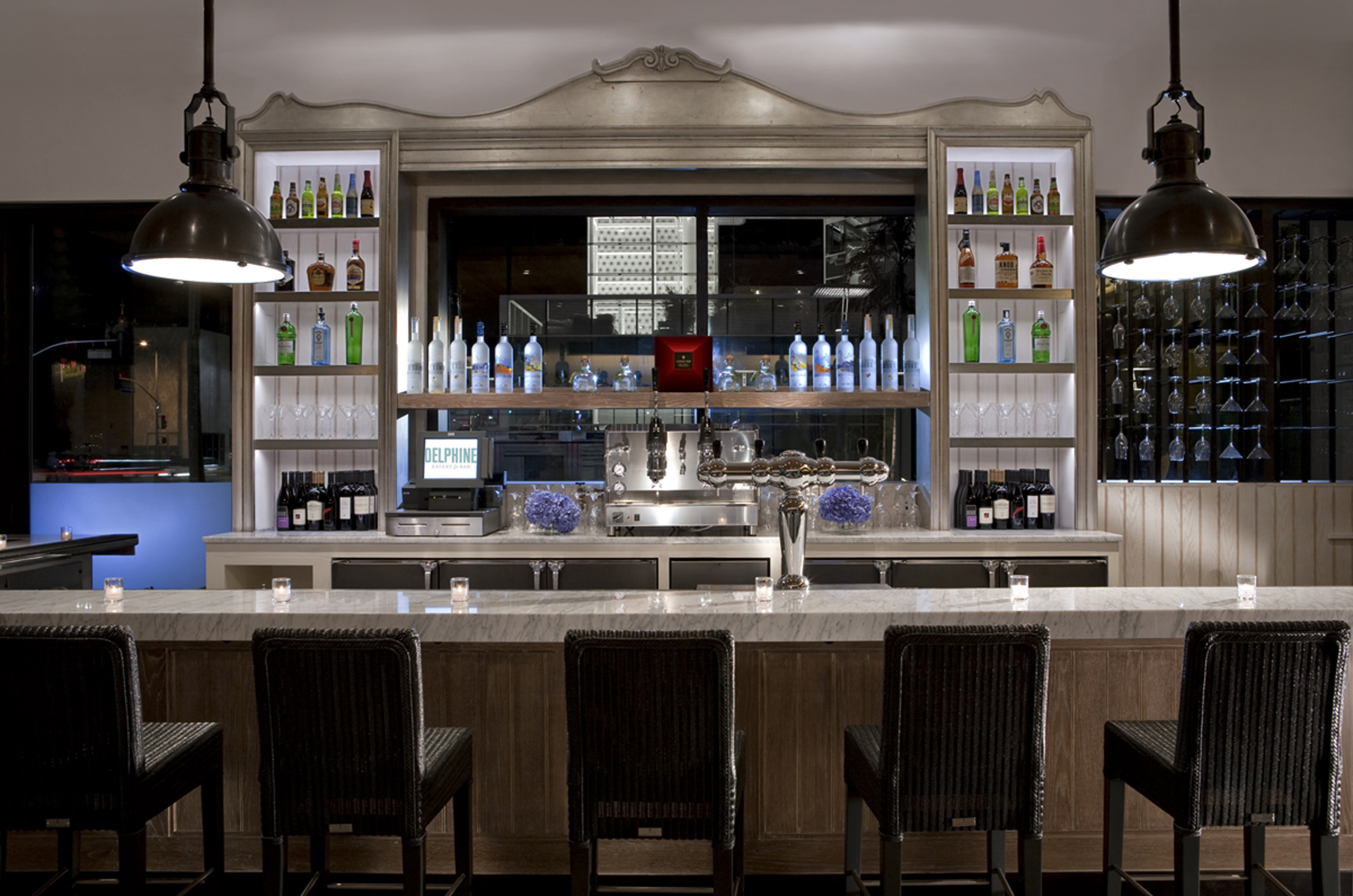 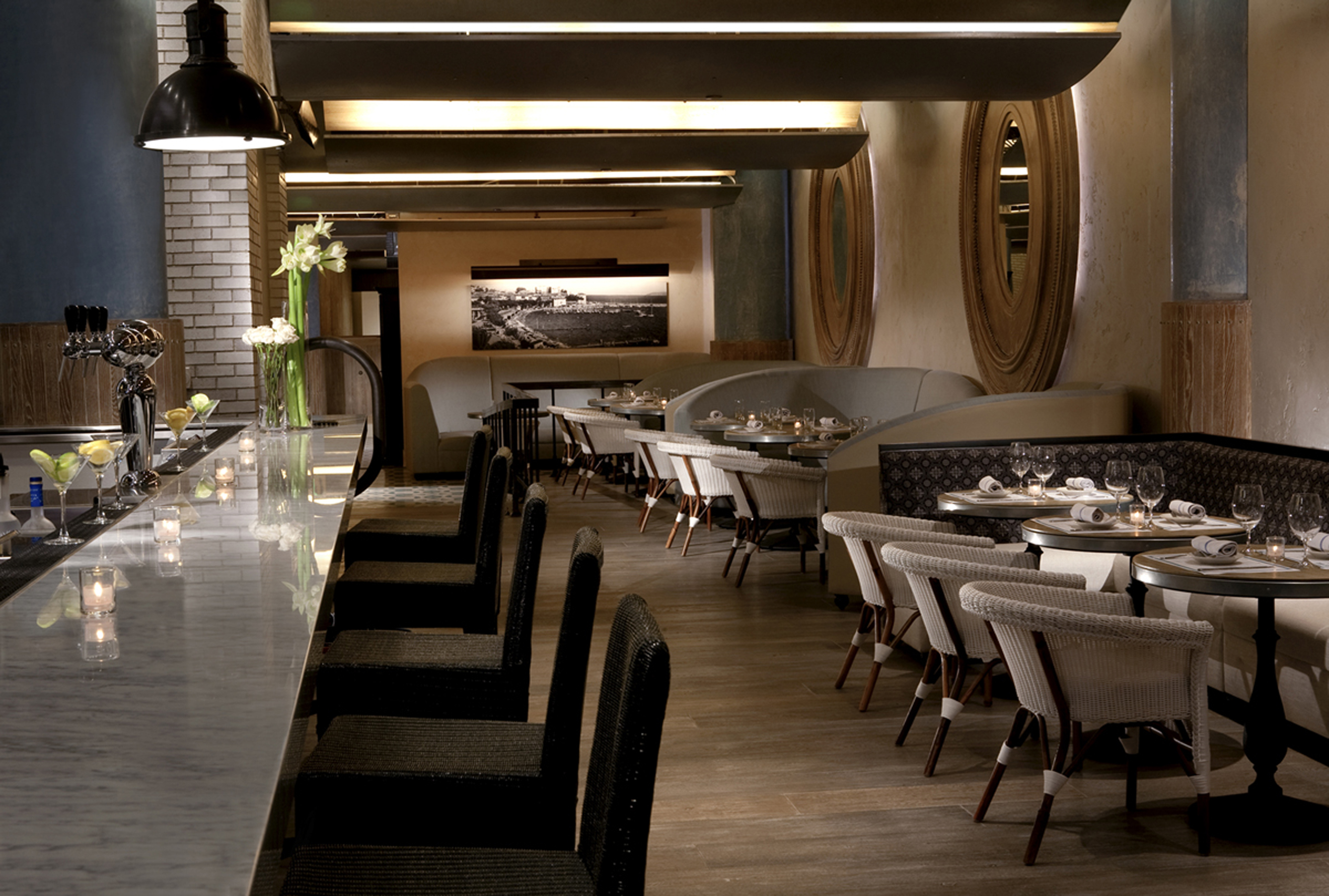