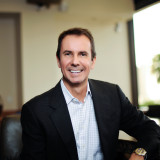 For more than 25 years, Bill Wilhelm has played a pivotal role in helping shape R.D. Olson Construction to become one of the nation’s leading general contractors, commemorating 40 years in business this year. Under Wilhelm’s leadership, R.D. Olson Construction has earned an award-winning reputation across the Western U.S. and Hawaii for projects spanning hospitality, multi-unit, adaptive reuse, education and senior living. The firm has been repeatedly recognized by Engineering News-Record as a Top 400 Construction Company Nationwide and Top 40 General Contractor in California.

Wilhelm has spearheaded some of R.D. Olson Construction’s most iconic projects and continues to cultivate the company’s nationwide reputation as a trusted, relationship-focused builder. Notable projects completed under his leadership include Lido House, Los Angeles’ NoMad Hotel, Irvine Spectrum Marriott, Paséa Hotel and Spa, Chapman University’s Reeves Hall and Atria Senior Living, among many others. Wilhelm’s hands-on leadership approach and forward-thinking industry expertise has made him a highly sought-after speaker for events such as The Lodging Conference and Bisnow. He also frequently contributes his insights to Forbes, The Wall Street Journal, GlobeSt, Construction Today, Hotel Business Magazine and other prominent business and commercial real estate publications.

In addition to leading R.D. Olson Construction, Wilhelm has dedicated his career to giving back to the local community by volunteering, fundraising and building homes alongside his employees for Habitat for Humanity, Olive Crest, HomeAid, Pediatric Cancer Research Foundation and OC United. His team-oriented leadership and civic-minded approach has helped garner the company numerous awards and recognitions, including “The Olive Crest Leadership Award,” Orange County Business Journal’s “Best Places to Work” and OneOC’s “Civic 50” – a coveted list of the top 50 philanthropic companies in Orange County. In 2019, Wilhelm was recognized by Boy Scouts of America, Orange County Council, as a Men of Character Honoree.

Wilhelm graduated from California State University, Long Beach with a bachelor’s degree in industrial engineering. He later went on to study at the University of Southern California, where he completed the university’s Management Development Program followed by Harvard University’s Executive Finance Program. He continues to strengthen the core of the company and attributes his leadership success to his ability to bring out the best in his associates, employees and project partners through a collaborative, team-oriented work environment. 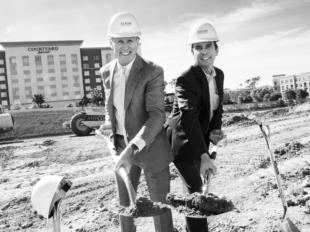 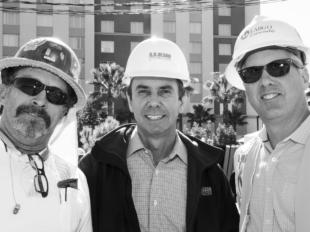 Bill is an avid mountain biker. You can often find him hitting the trails of South Orange County at daybreak before heading into the office.
Share this...