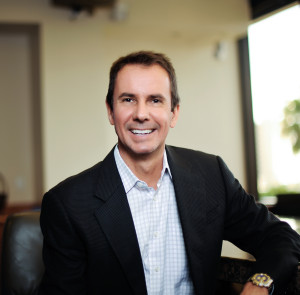 Irvine, Calif. – R.D. Olson Construction announces the appointment of Bill Wilhelm as president. In his new role, Wilhelm will be responsible for overseeing the company’s growing hotel construction business and continuing expansion in healthcare and multi-unit projects.

“Bill’s proven leadership contributions to the company over the past 20 years have helped solidify our firm’s position in the building industry,” said Bob Olson, founder and chief executive officer of R.D. Olson Construction. “His knowledge in the technical details of building complicated projects and his managerial acumen make him the ideal person to lead this company as we embark on new growth opportunities.”

Wilhelm previously served as executive vice president, and has been a partner in the company for the past ten years. He has a 35-year background in construction and senior management, and as president will be responsible for day-to-day revenue and profitability, project deliverability and overall company strategic direction.

Olson retains his role as chief executive officer and remains active in shaping and implementing the company’s vision.

“Our culture is what drives the company,” said Wilhelm. “I’ve been immersed in the R.D. Olson Construction culture and surrounded by R.D. Olson people who are committed to a high standard of excellence. Being afforded the opportunity to build on the foundation of our company is both exciting and rewarding,” added Wilhelm.

R.D. Olson Construction is a 35-year-old general contracting company that has put into place more than $2 billion in construction projects. The firm most recently broke ground on the 221-room Courtyard by Marriott in Anaheim, Calif. and is scheduled to break ground later this month on the Bicycle Casino Hotel & Gaming facility in Bell Gardens, Calif. Additionally, R.D. Olson is under construction on the Glenbrook Skilled Nursing Facility in Carlsbad, Calif. and additional phases of the Westin Desert Willow Timeshare located in Palm Desert, Calif.
Wilhelm’s appointment comes at a time of increased activity for R.D. Olson, which is projecting a sharp increase in revenue for the next fiscal year backed by momentum in the hospitality sector and the company’s emerging presence in the construction of multi-unit projects and healthcare properties.